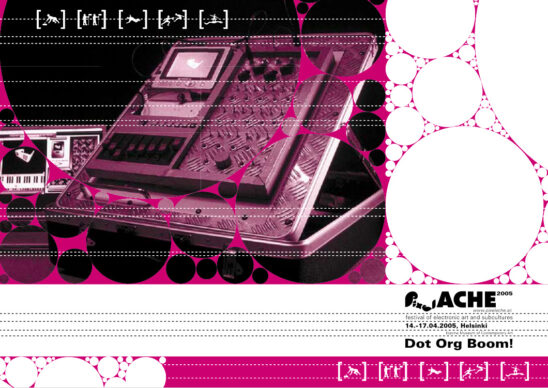 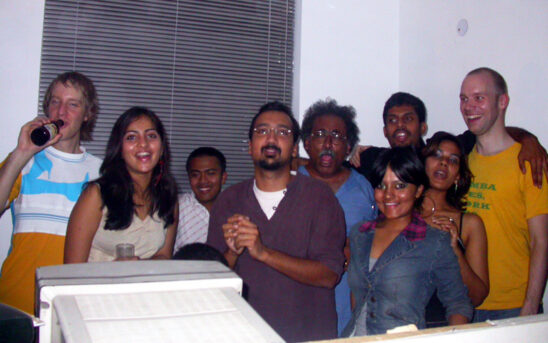 VJing in Delhi workshop · New Delhi, 18-20 March 2005
VJing in Delhi workshop is an introduction to live video performance aka VJing. The VJ scene has developed rapidly during the past few years – there are currently thousands of active VJs around the world and for some it has even become a serious profession. One reason for this development is that the necessary equipment for VJing has become more accessible – video projectors are getting cheaper and computer has replaced the video mixer as the main tool of a VJ. The VJ scene brings together a very diverse crowd of creative people – visual artists, film-makers, media activists and people involved in the club/music scene.
info 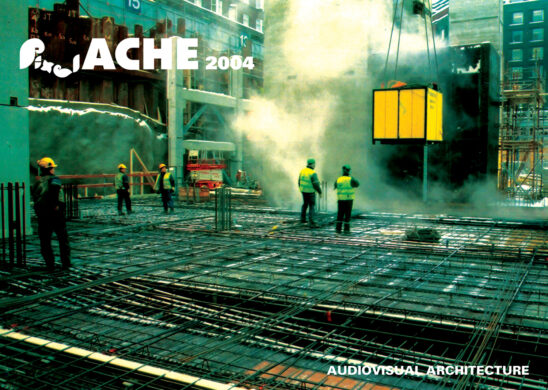 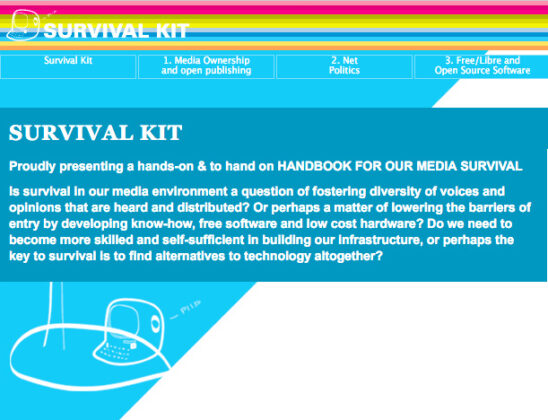 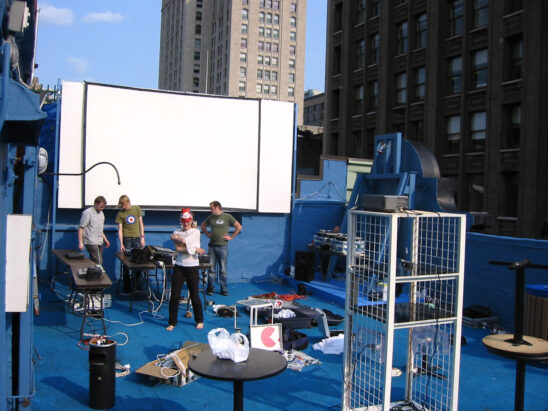 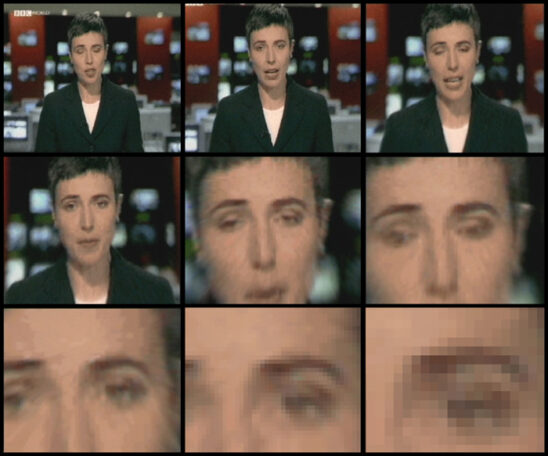 THE MOMENT OF LONG NOW · a very slow news tv station
The Moment of Long Now is an alternative news tv channel. The channel shows short snippets of news footage with a pace that is a hundred times slower than what we are used to. A piece of custom made software magnifies and manipulates the images in real-time, creating an illusion of a virtual camera which is able function and move around within a still moment.The name of the project was inspired by the Long Now Foundation, an organisation with a goal “to promote ‘slower/better’ thinking and to foster creativity in the framework of the next 10,000 years.”
info – video 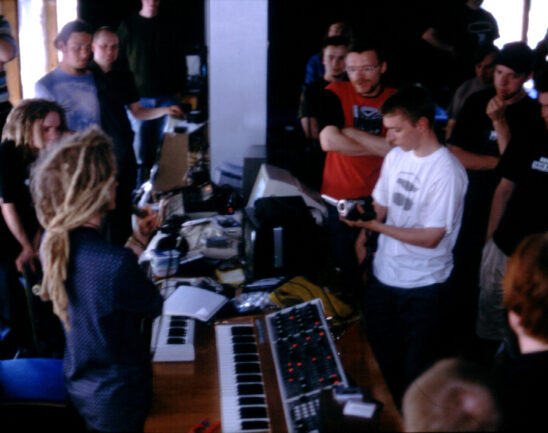 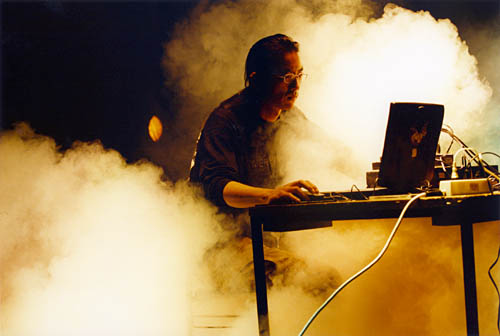 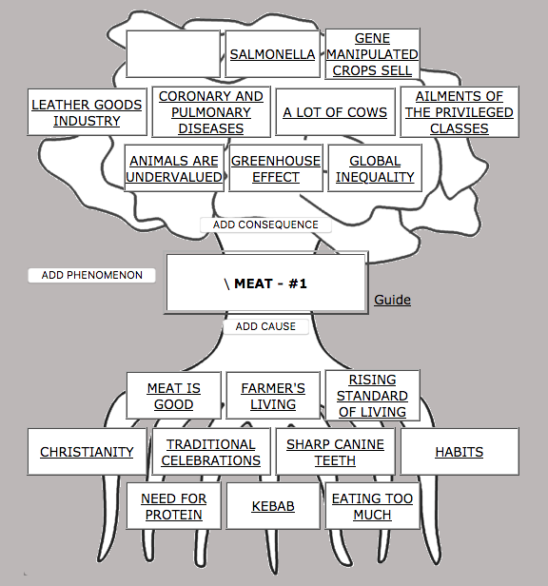 eko.katastro.fi · Helsinki, 8 October-14 November 1999
Ideologies of various greenish tints are washing through our collective consciousness and our experiences of the phenomena affecting our environment can not be measured. They can, however, be collected and shared. katastro.fi and Dodo r.y. built and collected the basis for a web, which they hope the visitors will augment with their own experiences and observations.
eko.katastro.fi is an ecologically biased work, which documents reality and its alternatives as they are perceived. It consists of the Tangle of causes and effects, open to the public and accessible through your own eco-profile.
website – photos 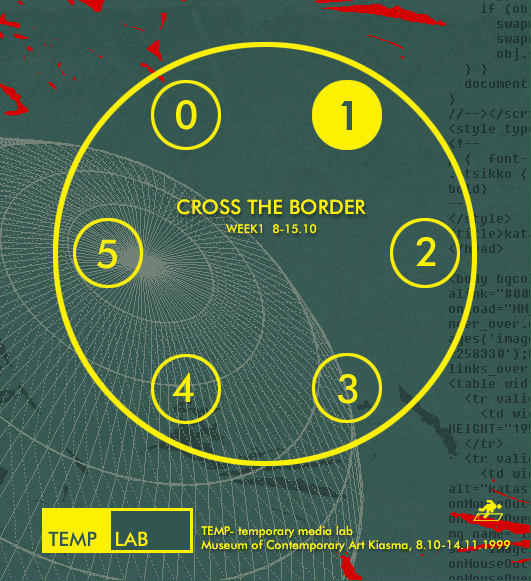 TEMP – TEMPORARY MEDIA LAB · Helsinki, 8 October-14 November 1999
TEMP stands for temporary media lab, a production facility that enables groups, networks and, individuals working on the crossover between new media arts and social, political and economic topics to discuss, develop, and realize their projects.
The idea of a tmp\ media lab, situated within an existing event, museum, or similar institution originates from dissatisfaction with the current forms that presentations of media projects typically take during conferences and other public events. Exhibiting webpages still does not make much sense: their lively, layered complexity gets lost. Even the interactive installation is not the proper medium to express net.works. In previous years much has been done to introduce new media to an ever-growing audience. But the networks themselves, their mysterious and seductive aspects, remained invisible. It is hard to represent or even visualize what is actually happening on a mailinglist, a newsgroup, a chatroom. Demo-design can give us a clue, but it remains soulless, empty and too easily turns flows and exchanges into dead information. Now that the varieties of virtual communities are growing, it is no longer enough to merely announce their existence. People demand substance–not only outsiders but, most of all, the members of the groups themselves.
website 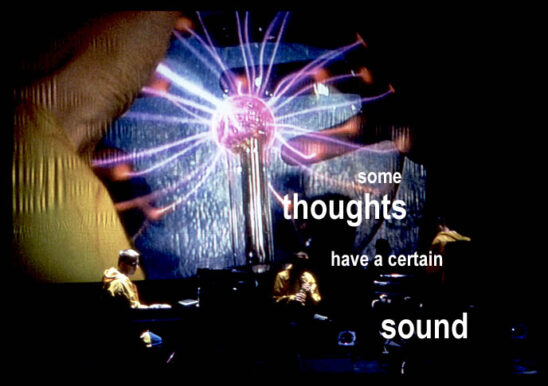 IMAchannel · 18 November 1998
RinneRadio with katastro.fi. An experimental performance in which live music was combined with interactive visuals. The IMAchannel transmission was the opening event for the rotation98 music video festival at Kiasma.
photos & info