“What happens if we don’t believe the only way of giving credit is the way we have inherited?” 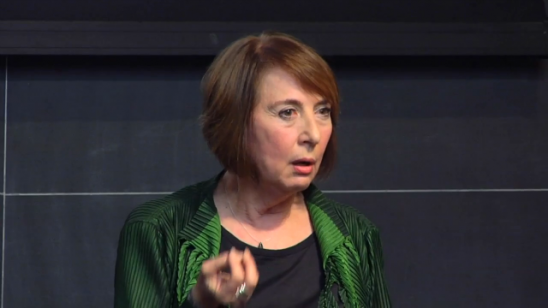 Cathy Davidson’s presentation was related to her book ’Now You See It: How the Brain Science of Attention Will Transform the Way We Live, Work, and Learn’. The presentation included two amazing historical anecdotes:

Mount Holyoke College was the first university in America to give ABCD grades, in year 1897. The second institution to start using this system was the American Meatpackers Association – for grading the quality of meat. Soon afterwards the association gave up the system, since they found it too inflexible to grade the quality of meat.

THE INVENTOR OF MULTIPLE CHOICE TEST:

Frederick J. Kelly was the person who proposed using multiple choice tests for large scale assessment in education. This happened in 1914, during wartime when hundreds of thousands of immigrants were arriving in the country. A new law was passed that required 2 years of secondary education for everyone and this created a crisis: the existing education system could not cope with this. Mr. Kelly proposed multiple choice tests to deal with this emergency, but he thought that this would only be a temporary solution. After the war he was hired as the director of University of Idaho where he established an education programme which emphasised general, critical thinking (“College is a place to learn how to educate oneself rather than a place in which to be educated”). He was fired from the job after only two years – the university faculty protested against his reforms, they had not expected such from the guy who invented the multiple choice test. (A longer article about this can be found here)

Cathy (as well as many others at Mobilityshifts) mentioned Mozilla Open Badges as a promising initiative to change the way learning is evaluated (more information here: http://openbadges.org/en-US/faq.html).

2 thoughts on “ABCD system is too rigid for grading the quality of meat – why is it still used in education?”