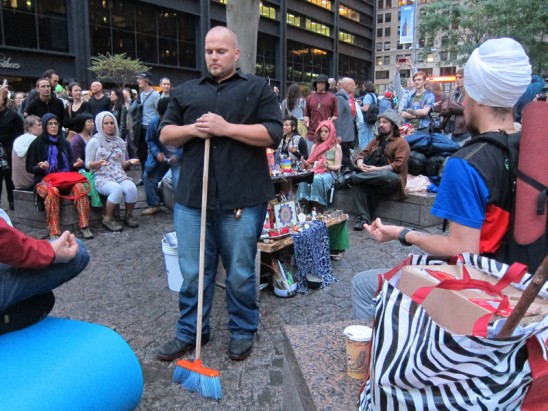 During my visit to NYC this week, I had a chance to visit the Zuccotti Park a couple of times. I was impressed by the way discussions and decision-making were arranged. The mood was friendly and jubilant.

It’s unfortunate that the recent discussion related to Occupy Wall Street has focused on the question WHO are the people in the park, or more precisely WHO has the right to be there. To me this question seems rather irrelevant – if Occupy Wall Street is a forum for political discussion then everyone should have the right, even a duty, to be there. Public square as a political tool is a very old invention, it was probably invented before the wheel.

As a my little contribution to the on-going discussion about the Occupy Wall Street movement, I wanted to shortly refer to some thoughts of political theorist / activist Hannah Arendt. I take the liberty to interpret her thoughts quite freely here:

In her most well-known book ‘The Human Condition’, she argues that we should make a distinction between three terms: labor, work and action. LABOR is related to our basic survival as species – we have physical bodies we need to take care of, we need to find food to eat, we need to copulate to produce new human beings. WORK is the way we modify our surroundings, how we create tools, products and services – how we act in our professional occupation. ACTION is the domain where we act as free citizens – the domain where we express our thoughts, the domain where by default we do NOT agree about things.

In the discussion related to Occupy Wall Street movement, these three perspectives tend to get confused. Related to LABOR, the argument is that the people on the square are too well-off: they are not the poorest, they are not the starving ones, so they should shut up and go home. Related to WORK, the ‘WE ARE THE 99%’ slogan has perhaps been more counter-productive than useful for the discussion: it creates a far too simplified idea of ‘us’ versus ‘them’.

Despite your position in the context of LABOR or WORK, you have the right and duty to be part of ACTION, to act as a citizen and participate in the political debate. EVERYONE should have the right to be at the square.

I visited the park this week on Wednesday evening, when there was a discussion about buying new equipment to handle the live internet transmissions. It was dark, cold, rainy and windy, but direct democracy was still functioning. A decision was made to spend $25 740 for new equipment. 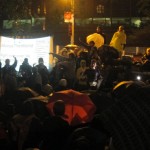 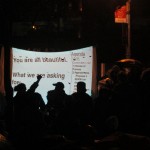 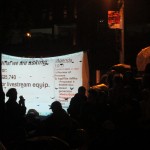 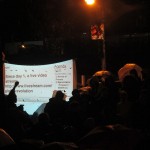 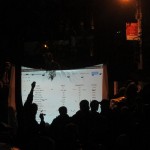 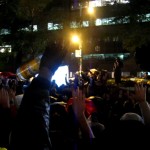 The ‘stack’, ‘blocks’, various hand signals, the live transcript on a screen and foremostly the people’s mic – issues are discussed through a slow, detailed process (see Generally Assembled at #OccupyWallStreet). Some of the hand signals were in used in General Assemblies in Spain and other countries in Europe this summer.

This is NOT how decisions are usually made in everyday life – in schools, in companies, in politics. Occupy Wall Street is an important demonstration of how complex issues can be discussed and decided collectively. Many people have learned this lesson now and hopefully this will have a concrete influence in many big and small institutions where these people are based. I’m not saying that exactly these methods should be copied everywhere – there are also many other methods for implementing direct democracy.

In her book ‘On Revolution’, Arendt admires the way the constitution of United States was originally written through an elaborate, slow process that involved a large amount of citizens in all the different states. This is the ACTION that Arendt is talking about. It would be great if the constitution would be completely re-written on regular intervals, so that every generation could participate in this important process.

In the same book, she also writes about the ‘lost treasure’ of revolution. It is the exceptional spirit that arises during revolutionary times, the change in one’s being when one gets involved in a movement that wants to fundamentally change things. There is a lot of that spirit in the air at Zuccotti Park and a strong tendency towards ‘unity’ and ‘consensus’. In this sense the event is also a carnival – and it should be so. But if there is only ‘unity’ and ‘consensus’ then the event is just a carnival and no longer a political event. The important political issues are the ones in which there is no clear agreement. 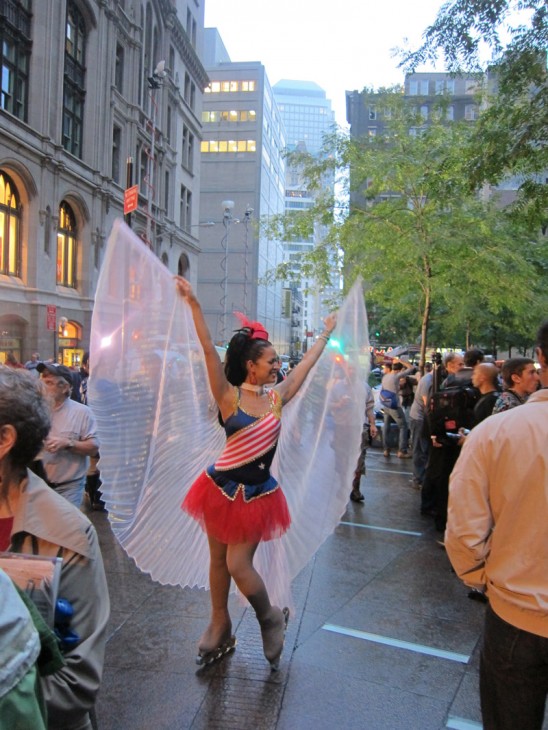 2 thoughts on “Just another day in the park”